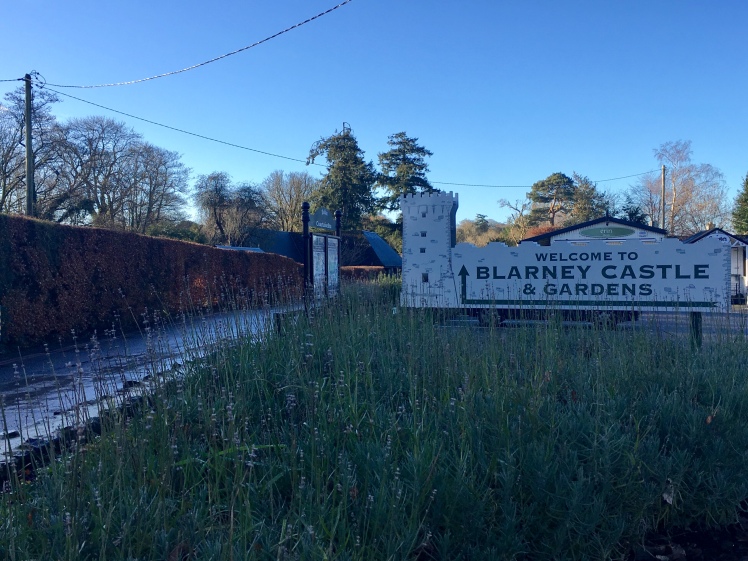 I’ve now got the gift of the gab thanks to the Blarney Stone! (:

December was the month of exploring my favorite country, running my second half marathon, and spending time with my family for the holidays. I took 8 flights, ran a half marathon in beautiful Clonakilty, and made it back to the U.S. after 36 hours of travel. I feel like the energizer bunny! Let’s just say I’m (slightlyyyyy) excited to be back on the snowy east coast.  I’m here for a couple more weeks working directly with a few kiddos on my final research project and it has been nice having my feet grounded for a few weeks.

With that being said, the countdown until San Fransisco begins…11 days! Hello West Coast, you got a new face in town! My feet aren’t grounded for too much longer.

The day before I visited the Blarney Castle, I was in County Clare at the Cliffs of Moher. Let’s just say the trip to the castle involved less wind, rain and snow. We were the first ones at the castle that Monday morning. We strolled the castle grounds with barely anyone else in sight. I was also the first to kiss the stone that day! Lucky me! 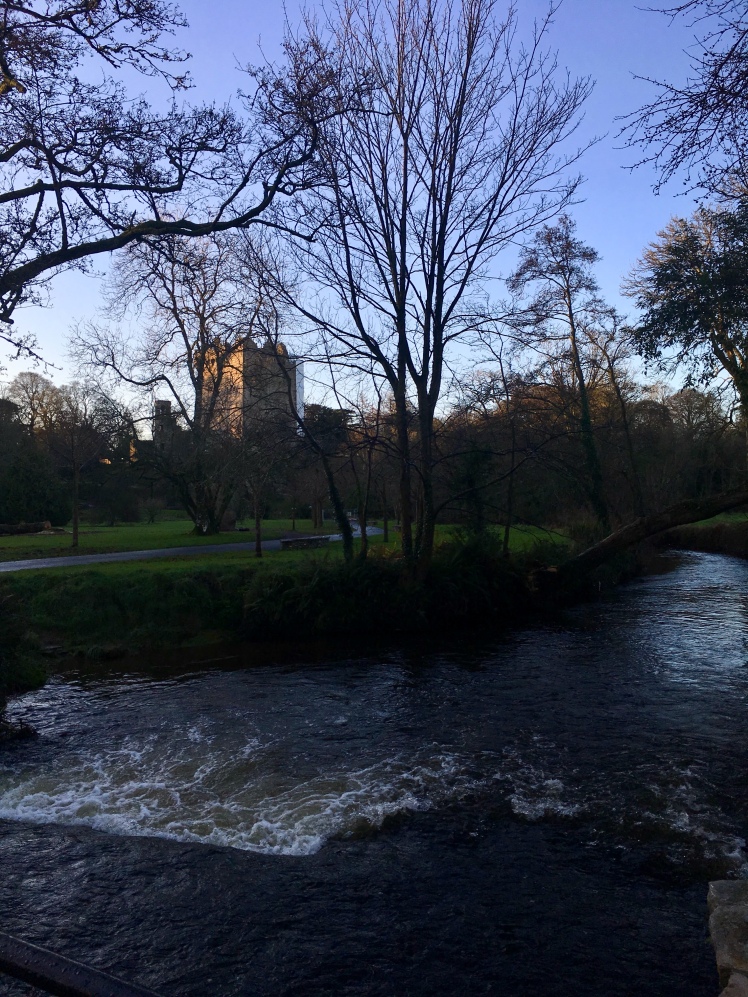 The castle originally dates from before 1200 and was destroyed in 1446, but then was later rebuilt. There are many legends as to the origin of the stone. Some say that it was the Lia Fáil—a magical stone upon which Irish kings were crowned. Also, for those that aren’t aware, blarney means persuasive eloquence; Talk that aims to charm, pleasantly flatter, or persuade. 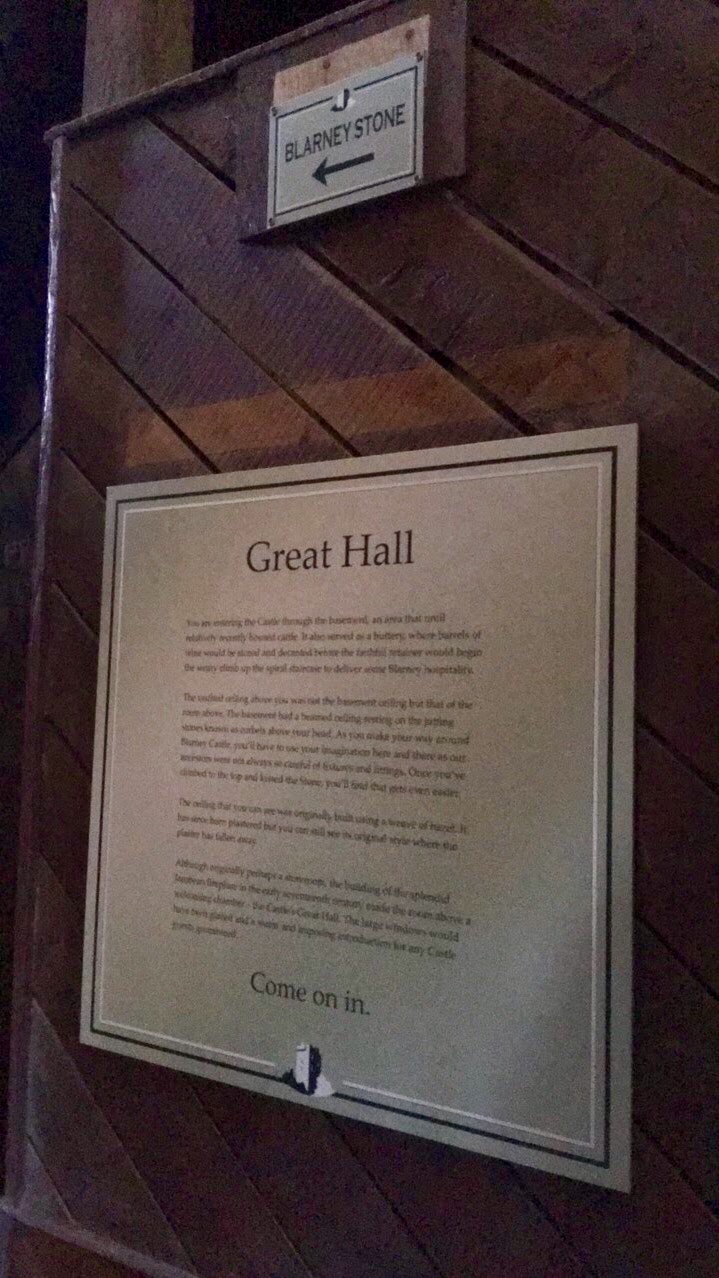 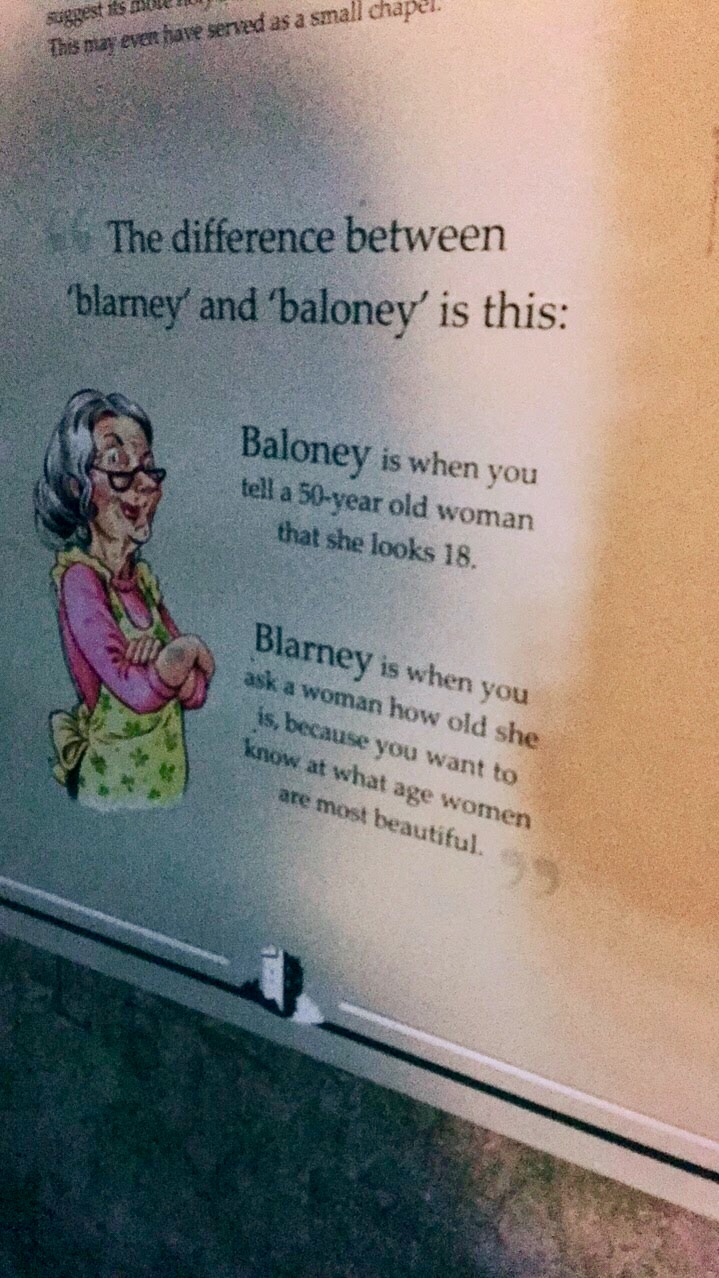 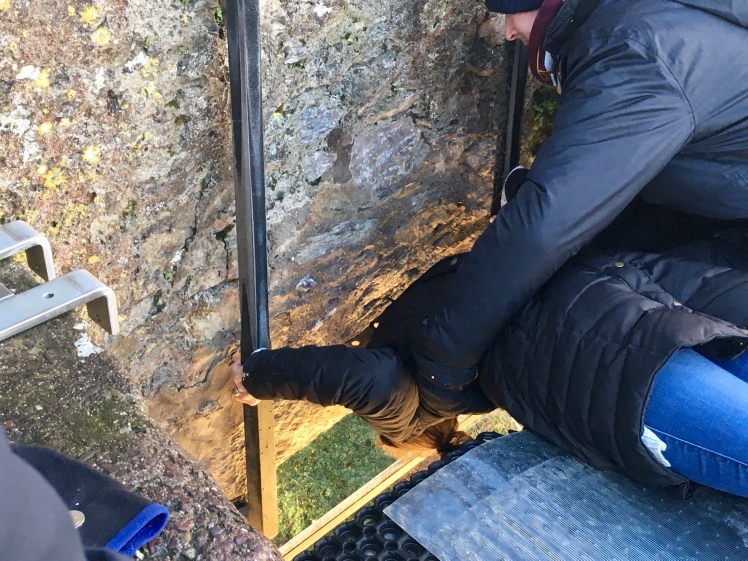 For over 200 years, folks have been traveling to the castle to climb the steps and kiss the stone to gain the gift of eloquence. Way back when, to kiss the stone you were held by your ankles and lowered head first below the battlements. YIKES! The stone is set in below the battlements, which is why you have to be lowered down so far! Nowadays, you still have to do the same thing, but it is much safer! You sit down and lean backwards to kiss the stone, but you hold onto the iron rails while someone also holds onto you.

You can read more here:

Be sure to walk around the grounds that surround the castle. They were beautiful and I can’t imagine how stunning it would have been in the summertime. Unfortunately, the Blarney House was closed when we visited. Considering they don’t have many visitors in the winter, the Blarney House was set to be open in the summertime. You can still wander around the gardens where there are paths leading to different attractions around the grounds. 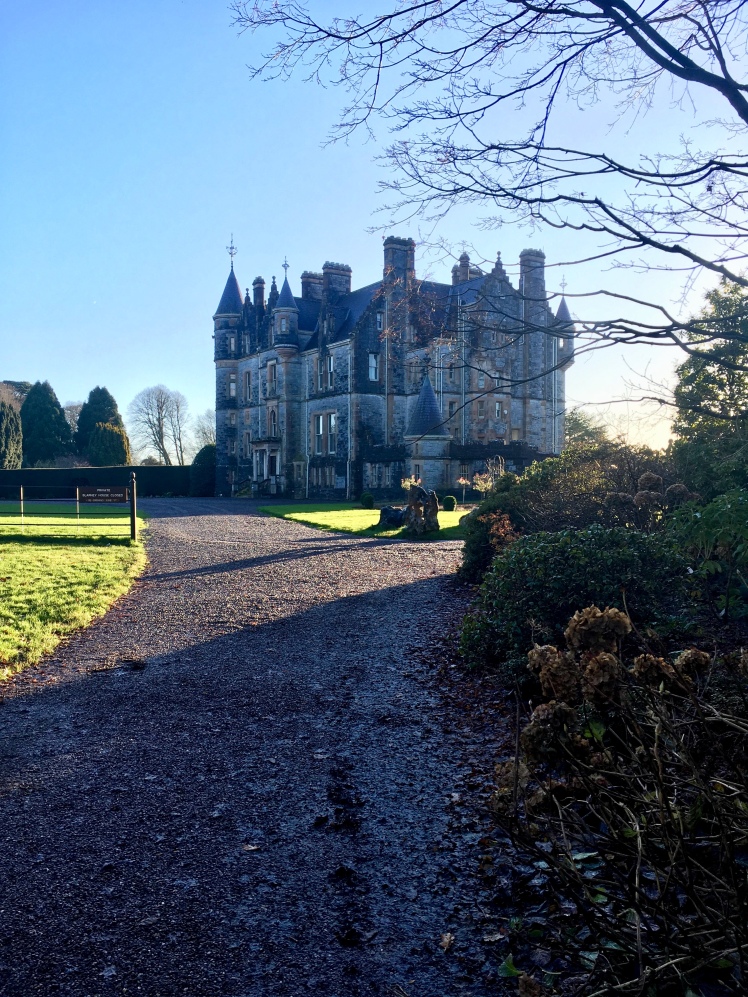 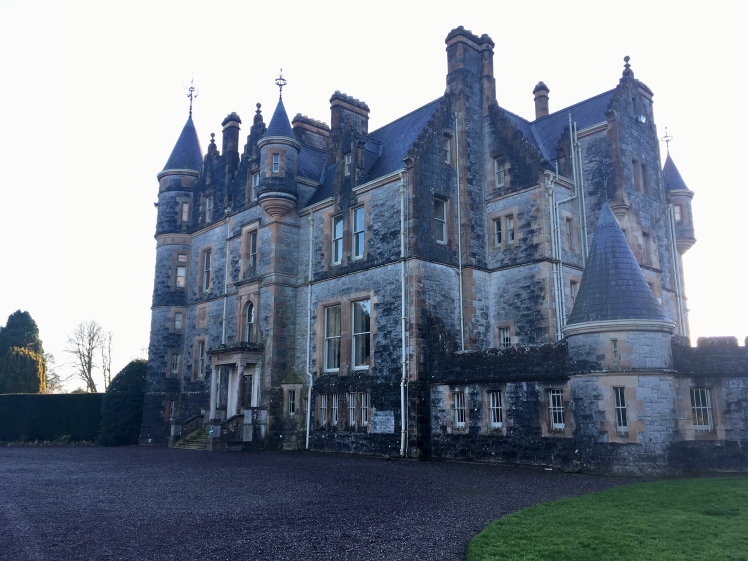