WARNING: This post includes a ton of pictures! But if you are a fan of nature, beautiful clear blue water, and sand… then I promise this read will be worth it!

I am pleased to say my trip to Hawaii was AMAZING! CLEARLY, considering I was very behind with my writing.  The main reason I flew over to Honolulu was for one of my best friends weddings.  I met Kim during our freshman year at the University of Pittsburgh.  After 7 years in Pittsburgh, she made the big move back to Hawaii. When she asked me last summer if I would be a bridesmaid and be there on her special day I couldn’t say no. I was very blessed to be a part of her and Hausaan’s big day, plus I got the opportunity to travel to such a beautiful destination.

After 3 days of wedding festivities, my time in Hawaii turned into a vacation with my mom! Although she was invited as my plus one, she wanted me to enjoy my time catching up with friends.  We are all so spread out these days… Honolulu, Chicago, Vancouver, Oslo, Pittsburgh, D.C…. It’s a little challenging to see one another!

Our mother/daughter time in Hawaii was UNBELIEVABLE! Although I don’t think I could ever live there, I could definitely envision myself traveling there many more times! Once I become an auntie again I’ll be booking a trip back to Oahu! Who’s in!?!?

Our trip involved tons of beaches, tours, and all things Hawaii! But the more focused upon activity during our trip was HIKING! If we didn’t do at least one (sometimes two) hike a day, we still tried to walk EVERYWHERE and see EVERYTHING! 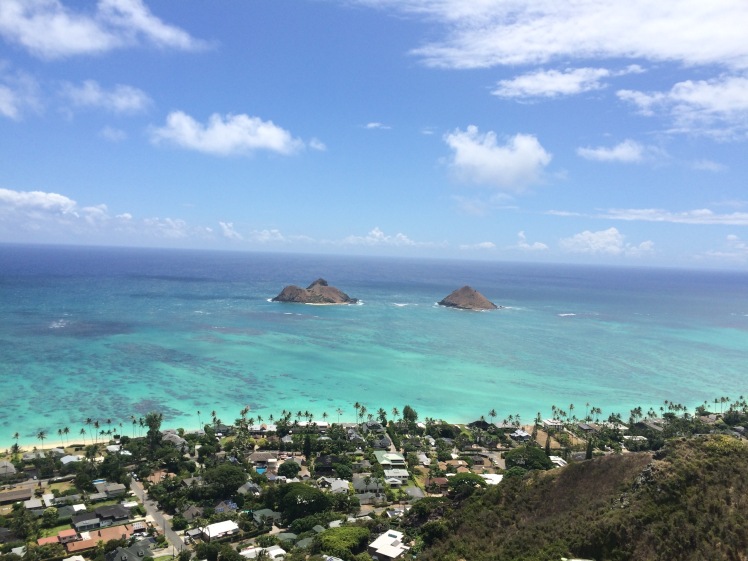 This hike is listed as intermediate, but the slippery sand and gravel makes it a little more challenging! The hike is amazing because it rises above Lanikai Beach.  Throughout the hike and at the top, you can see the Mokulua Islands. When I went with the bridal party we only went to the first military pillbox bunker.  When I went with Julie, we went to the first and second bunker!

The first hike my mom and I did together was Diamond Head. The Hawaiian name for the crater is Lēʻahi, which translates to “brow of the ‘ahi fish.” The Diamond Head Crater is known around the world as a symbol of Hawaii! The hike offers spectacular views of the Pacific and the crater’s edge. The hike took us about 2 hours roundtrip and it was worth it even with the uneven rock trails, stairs, and tunnel! Again, as you reach the top you can see another World War II bunker. 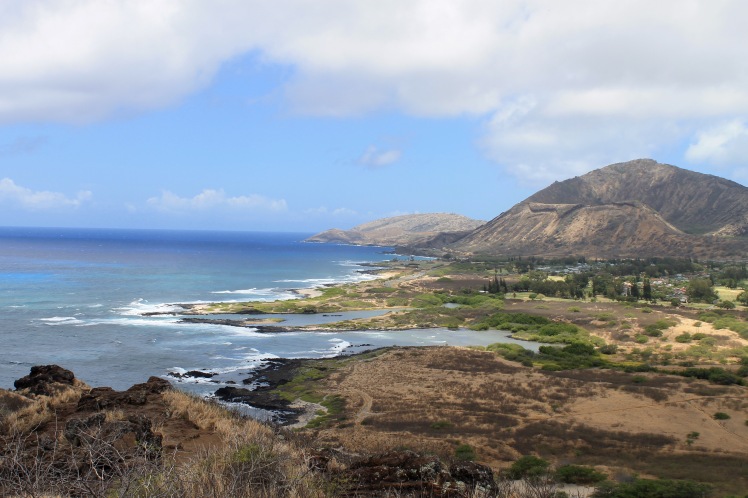 Our plans to snorkel at Hanauma Bay after Diamond Head did not work out.  My brilliant plan was to just go and hike Koko Head since we were right there! We quickly decided that would NOT be a good idea! My friend (Kim) shut that idea down FAST! Instead, we hiked part of Makapu’u Trail and also explored “Baby” Makapu’u.  It was SO HOT and we were walking on the pavement, so we didn’t make it all the way to see the lighthouse! NEXT TIME!

My mom, Julie, and I did the Manoa Falls Trail on Tuesday.  Julie didn’t have to fly back to Vancouver until late Tuesday, so we figured we would squeeze in a few extra fun things on her last day! We ventured through the trail and ended at the beautiful waterfall! Unfortunately we weren’t able to go in the water or under the falls.  We were slipping and sliding through the trail, so I do suggest not wearing white and bringing a walking stick! 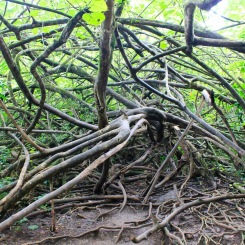 Julie and I did the Lanikai Hike since she hadn’t done it the week before! We basically ran up the trail because it was so hot by the time we finished at Manoa Falls! The rocks were so hot to touch and we were sliding in the sand and gravel, but we MADE IT! And we made it to the second bunker! 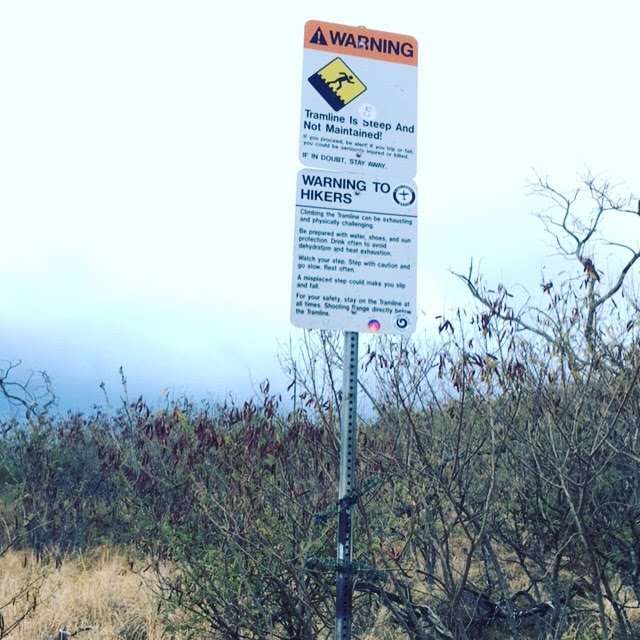 This was by far the HARDEST hike, but ABSOLUTELY worth it.  With our time coming to an end in Hawaii, our time to get the hike done was tight.  Everyone recommended doing the hike before sunrise or in the evening since there is absolutely NO shade.  I also found out that we were vacationing in Hawaii on one of the hottest weeks of the summer (figures)!!!  Since we had an early morning at Pearl Harbor the next day and only one more morning to get everything together for our evening flight, we decided to do the Koko Head hike in the evening.  We started to hike up the 1050 steps around 6:45 p.m.  As soon as I got past the railroad bridge (which was a far drop down) I had to start sprinting up the rest of the steps. This wasn’t so fun when this was the STEEPEST part of the hike. It was also starting to get really dark out and I was NOT looking forward to the climb (or crab walk) down. At the top, I got to snap a few pictures and then I was climbing back down. So many people were running up and down the trail, but I was crab walking and holding on to the railroad tracks for dear life! My ankles don’t do well with uneven surfaces.  At least I got a good leg workout in! My legs were so sore for about 3 days after Haha. I can’t wait to go back and do it again! Maybe next time I will be daring enough to run it! That would be a sight!

I am happy out here.

Messy hair, dirty feet, and wild water on my skin.

Out here with the wild things; this is where I belong.